Two Associates Production & Entertainment, in short called T/A/P/E, is a new Danish booking agency who specializes in arranging and conducting concerts with both domestic and foreign acts. No venue is too small, nor is any too big – but our standard concerts will be around 500-10.000 seater capacities.

We work closely with some of the industry’s best known and well-respected people, and our own background is as follows: Allan Jørgensen has more than 10 years as an employee at Live Nation behind him, with co-responsibility for the operation of both the prestigious metal/hardrock event Copenhell and the art/pop festival event Heartland, as well as a 3-year run as an accountant for EMI Music Denmark. Thomas Hemdorff has more than 30 years behind him as an employee in some of Denmark’s leading record shops of more than 17 years, and for the last 13 years Head of Catalogue & Special Marketing / Product Manager at EMI Music Denmark and Universal Music Denmark respectively. The final and most important cornerstone of our company though, is Søren Højberg of Søren Højberg Booking who initiated and ran the extremely popular Esbjerg Rock Festival for 25 years, and who has just held his 50th. Anniversary as a promotor – arranging concerts with all available Int. top pop/rock names you can possibly think of.

The three of us have carefully joined forces in Two Associates Production & Entertainment, believing that our combined knowhow and our well-known names in the Danish music industry on three separates paths, could carve us a niche that is lacking here today: the 100% independent promotor, with almost all minor players being bought up by the majors or lacking clear direction. We will jointly arrange and promote our own concerts, as well as being the middle part in securing good and well-known acts to Danish venues of all sizes, spread across the entire land from the North to the South.

Feel free to contact us regarding any bands/acts you might have on your roster, we are open for suggestions off all kinds, and we operate with only the best and most well-placed venues in Denmark. 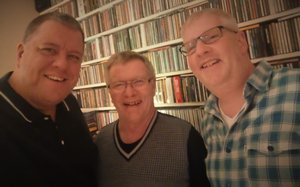